No Way, No Pay 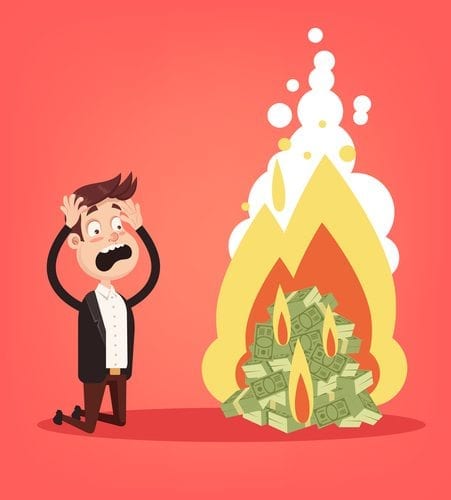 My mom thinks I need to be more responsible, she told me so in the Christmas card she gave me. So instead of the nice, crisp $100 bill that I usually get inside the pocket of a brand new hoodie, I received a card containing a gift certificate to get my taxes done. I thought it was a joke. My mom said gifts of wisdom are no joke, I’ll let you guess how all this went over. Anyway, here I am in this tiny, hot, damp office with a sweaty, bald, fat man named Ned, the tax expert. The heat of the room makes the space seem like it’s continually closing in around me and pushing me into the hot lap of Ned. I feel nauseous.

“How much longer is this gonna take?” I ask Ned while watching the sweat beads fall from his head, down his face and finally fall into the growing wet spot on his shirt.

“Well, I have all your information in here, just gotta cross my t’s and dot my I’s, if you know what I’m saying.” Ned chuckles at his own joke while tapping away on his keyboard. I want to snatch him up and throw him out the closed window. I would solve my Ned problem while getting some fresh air… win win. Ned stops trying to act like a comedian and makes a low, “hmmmm” sound.

“Well, it looks like you’re going to be owing a bit of money this year, Rob.” This information isn’t registering in my brain. I’ve always gotten a return, plus I’ve already decided on getting a new rod and my license for the year.

“So, this amount plus my fee brings your total to…” The look on my face causes him to trail off

“I don’t think you know what you’re doing, click some more buttons on your computer machine and fix your mistakes.” I say pointing at Ned and then at the computer. I feel rage building in my bones.

“Sir, things are a bit different this year than they were previously. Would you like me to go over the changes with you?”

“Yea, I don’t think you know what the hell you’re doing,” I say rising out of my chair. “There’s no way I owe the fucking government money!! They owe ME MONEY!” I stop because I know the next stage is chucking all the furniture out into the hall. I turn my reluctant body and begin my walk back to my truck.

“Sir, it’s policy for you to pay the fee at the first visit.” I keep walking, ” I’ll have to call the police!” I round the corner and can no longer hear Ned. I need some fresh air, something to kick and a beer. Yea Mom, this was a great lesson in responsibility.